Book Review – The Jupiter Chronicles: The Secret of the Great Red Spot by Leonardo Ramirez

My thoughts:
I recently had the pleasure of reviewing something totally new to me. I was 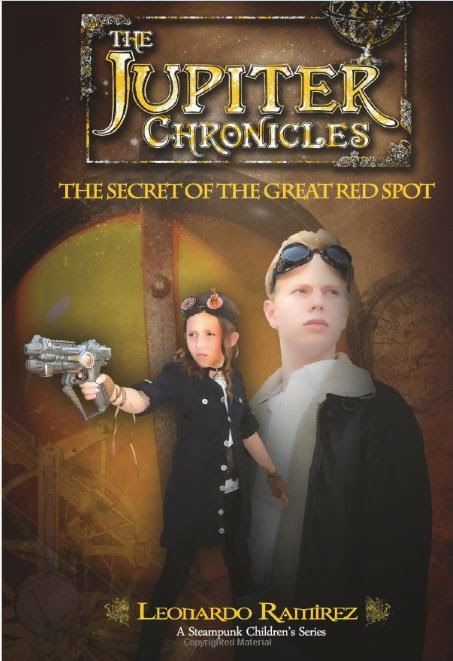 completely unaware of exactly what steampunk was and I can’t remember back to what books were important to me in third grade. When I was approached by Leonardo Ramirez and asked if I would like to read and review a steampunk book geared toward third graders I sort of hesitated. I wasn’t sure if it would interest me and my oldest is in first grade so I knew very little about third graders. Nonetheless I agreed and boy am I glad I did!

I read The Jupiter Chronicle: The Secret of the Great Red Spot with my daughter (the first grader who is seven years old). We enjoyed the family values that were evident throughout the story. There was the very real issue of an absent parent, and I absolutely love the role of prayer in the story. There was a smidge of action or as some may define “violence” through the adventure, but nothing horrific or scary. The characters were well written and the story kept our interest. This is a book I would recommend this chapter book to other parents with children aged 7-11 and we are eagerly awaiting the next book in the series.

Here’s the official book summary:
~Book One of a Steampunk Children's Series ~

When Callie decides to peer through its murky lens it activates the device and sends the Castillos to the steam-powered floating cities of Jupiter to rescue their father and save the Jovians before the Martians launch their attack.

What follows is the beginning of an era that will forever be known by its strange name...Steampunk. 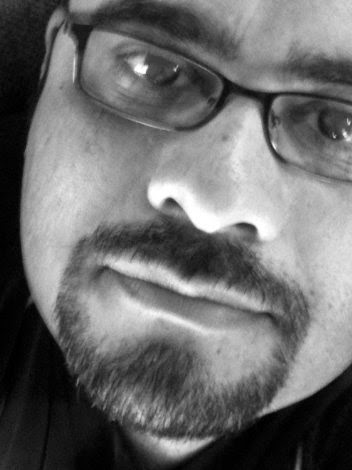 About the Author:
Science Fiction for the Human Condition

"My heart and motive have always been for people who are hurting. These can be kids who have had to suffer through child abuse or neglect or an absent parent which can be equally torturous as was the case in The Jupiter Chronicles. It can also be young girls who have suffered an assault like Haven did in Haven of Dante. Young or old it doesn't matter. Those are the kids and adults I want to speak to because I've been there."

It's not just Science Fiction.

It's Science Fiction for the Human Condition
For "Haven", it was to encourage those who had experienced the horror of an assault to make good choices for themselves. That theme will be expounded upon in the prose novel, Haven of Dante.

In "Jupiter Chronicles", it's to help identify with kids who have grown up without a dad like I did. That's reality meeting the written word in an effort to learn something about ourselves and how we deal with life. It's obviously not a new concept but it is a just cause to push forward on.

Haven of Dante: The Staff of Moshe
Seventeen-year-old Haven Irena comes from a dysfunctional family where the absence of her workaholic father is filled by a loving mother with a mysterious past. A past that ties the Dante family to the inherited task of fighting the nine circles of hell. Calling themselves "The Aristocracy," the nine circles have infiltrated our society at every level and the only ones who have stood against their evil plans are members of the Dante family line.
This time, it's Haven's turn.

Combining Literary fiction with Fantasy, this action-packed young adult adventure races through worlds of paranormal and Science Fiction with a supernatural Matrix-style feel all its own.

Thanks so much for stopping by. Please stop by Lenny's website at http://leonardoverse.com and sign up for the blog.

Posted by iamagemcrystal at 5:38 PM