Standing In The Storm - A Portrait of a Strong Woman; Elizabeth Edwards

A friend posted the following quote on Facebook this evening:

"She stood in the storm, and when the wind did not blow her way, she adjusted her sails." 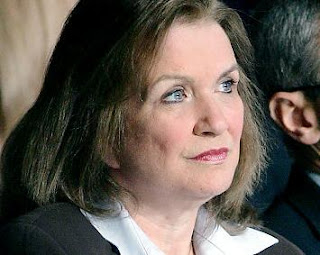 I've also read these words paired with gorgeous backgrounds and nautical themes on Pinterest and sites specializing in motivational quotes. If you aren't familiar with the quote, or it's author, you might just think that it's one woman talking about another woman. Possibly a girlfriend with amazing strength and character being described by a long time friend or lover. There is so much more to this story, and it dates back to the 2009. Maybe you don't recall, or maybe you're too young to recall the book this quote originally appeared in or information about it's author. It's a story worth visiting, so here is a VERY abbreviated version. I would encourage you to read more and will include some links at the end of the article that will point you in the direction of more detailed works.

Elizabeth Edwards was born July 3rd 1949 in Jacksonville, Florida with the name Mary Elizabeth Anania. She graduated from UNC Law School in May 1997 and married John Edwards on July 30th 1977. Elizabeth as she was called, and John had five children together: Wade, Catharine, Emma Claire, and Jack. Wade was killed in a tragic automobile accident in 1996 at which time Elizabeth retired from her position with the law firm Merriman, Nicholls, and Crampton. She had been practicing as a bankruptcy attorney prior to the accident. She founded and ran a foundation in memory of her son.

John Edwards was busy with his career and enjoyed politics. In 2004 he ran for United Stated Vice President with John Kerry and Elizabeth helped with the campaign. Edwards and Kerry were defeated and within the same year, Elizabeth was diagnosed with breast cancer. Elizabeth's cancer went into remission but returned in 2007. In 2008 John Edwards was running for President and Elizabeth was helping with his campaign - he publicly admitted to having an affair and fathering a child with another woman. John lost the election to Barack Obama and Elizabeth began serving as an adviser to President Obama.

Elizabeth Edward wrote a book titled: Resilience: Reflections on the Burdens and Gifts of Facing Life's Adversities in 2009. The book talked about life on the campaign trail and her battle with cancer. In the book she described how she wanted to be remembered by her children. The full quote reads:

"I do know that when my children are older and telling their own children about their grandmother, they will be able to say that she stood in the storm...and when the wind did not blow her way - - and it surely has not - - she adjusted her sails."
~Elizabeth Edwards

After a courageous battle with cancer, and a life lived in the political spotlight, Elizabeth passed away December 7th 2010. I'm sure she would be proud to know that her resilient attitude lives on and is being passed along proudly through social media circles as well as with those fighting their own battles against cancer and adversity.

May your paths be abundantly filled with lemons, sugar,
sunshine, and may your always be able
to adjust your sails to find the wind!
~Crystal

Books and articles written by Elizabeth and about her include:

Posted by iamagemcrystal at 5:52 PM