I am thrilled to invite you to a Blog Tour with my dear friend and talented author Michael R. French! 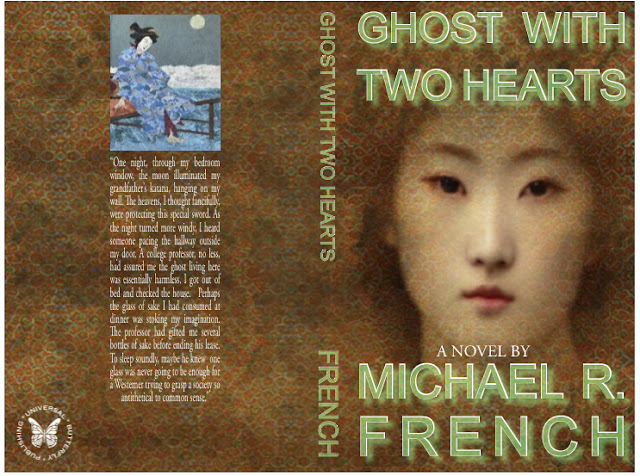 
About the Author, Michael R. French: 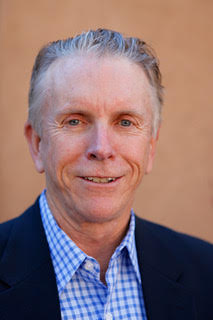 National best selling author Michael French is a graduate of Stanford University and Northwestern University. He is a businessman and author who divides his time between Santa Barbara, California, and Santa Fe, New Mexico. He is an avid mountain trekker, likes to visit developing countries, and with his wife, Patricia, started a 501(c) 3, Dollars4Schools, to support public school teachers in Santa Fe.

He has published twenty four books, including fiction, young adult fiction, biographies, and art criticism. His novel, Abingdon's, was a bestseller and a Literary Guild Alternate Selection. His young adult novel, Pursuit, was awarded the California Young Reader Medal.

The Reconstruction of Wilson Ryder was released January 2013.

Mountains beyond Mountains was released April 2013.

The Beginner's Guide to Winning an Election, a YA/crossover novel, published in  2019


The Blog Tour will begin on December 12th and last until the end of January 2023 (how fitting that Ghost with Two Hearts spans two calendar years)! You can participate by reviewing the book,  spotlighting the book, choosing a guest post written by the author, or interviewing the author.

Summary of Ghost With Two Hearts

Approaching  30,  Adrian,  a  talented  software  engineer,  takes  stock  of  his  wealth and  accolades—and  also how unhappy he is.  He doesn’t make friends easily, boycotts social media,  and was recently bloodied in a divorce he didn’t want.   He finds no common purpose in a country  marred by political vitriol, distrust, and inequality. Taking a leave of absence from his company,  he travels to  Japan with a samurai katana that his grandfather lifted from a  Japanese captain  killed  in  World  War  Two.  Adrian  is  determined  to  find  the  sword’s  rightful  heir.  Doing  the  morally correct thing make him feel better about himself.

He  discovers Japanese  society to  be the  antithesis  of almost  everything  in  the  States. People honor authority, esteem education, follow laws and customs, and have a reverence  for  nature.  Virtually crime-free, Japan has less than a dozen murders a year. In Shintoism, the galaxy  of gods and demons are taken seriously. There are clean lines, sometimes absolute ones, between  right and wrong, reward and punishment.

When Adrian visits his first Shinto temple in Kyoto, someone pickpockets his cell phone. By luck, he thinks, he finds it on an empty table in a café. He later realizes that  his photos and  messages have been tampered with.  He rents a house on the Philosopher’s Path, which parallels  a tranquil canal lined with gorgeous cherry trees.  The landlord, a former Shinto priest, reveals that a special ghost called a “kami” lives in the attic. Her name is Emiko and she showed up  five years ago, he says. All kami are  invisible but reputed to have human capabilities and emotions.               Adrian has already read about these highly-esteemed spirits of the dead, millions of them,  but  a  few are  actually  evil  and  being  punished for  eternity.  Emiko’s  erratic,  prank-playing  behavior is a sign that she is one of the damned, the priest says with sorrow. He doesn’t know why she  ended  up in  his  house.  Happy  renters write reviews  about  a frustrated, angry,  yet

essentially harmless ghost. They are entertained. The priest never lacks for future business. One night, Adrian hears footsteps outside his bedroom. On several occasions, the shower  turns on and off.  It’s like he has a housemate, he thinks, convinced he is imagining everything.  When  his  grandfather’s  sword  vanishes from  his  bedroom, however,  he  panics. He’s  already  located  its  rightful  owner—the Japanese  captain’s  80-yer-old  daughter.  He  has  promised to  deliver it to her promptly. He has to keep his word or lose face.

He scours the house for the katana, but stops short of going into the attic. On a whim he  writes the ghost a note, politely asking if she knows where his sword is. He’s stunned to get a note back. Emiko admits to taking the  katana, but it’s only to protect Adrian.  She insists  the  captain’s  daughter will  pray  to the  gods  to  punish  Adrian.  His  grandfather’s  theft on  the  battlefield was a moral crime and someone has to do penance.

Who,  and  what  kind  of  penance?  he wonders. Adrian  pleads  and  nags until Emiko reluctantly returns the sword.

In the attic, she writes in her diary that Adrian is a naïve Westerner, hopelessly ignorant about the spiritual world, and needs to find a “teacher.” Otherwise, he’ll be a lost soul forever. Unlike tenants she’s put up with in the past, she finds Adrian sincere and likable.

The captain’s daughter, once she has the sword, asks a powerful Shinto goddess, Inari, to  destroy Adrian. The dark side of Japanese culture seems like a complicated game to Adrian, but  when Emiko hints at her own sad story, he takes her seriously.  On her behalf, Adrian  begins  praying to  Inari,  the same goddess who has been solicited  to  take revenge on him. In a large  shrine,  he  prostrates  himself  in  front  of  a stern-looking  effigy,  praying  for Inari to  reverse  Emiko’s fate. Worshippers give him strange looks but he doesn’t care. He never fits in anywhere.

Emiko is filled with gratitude for Adrian’s  support,  as she, too, prays constantly to Inari. When he admits he has feelings for her, even if she’s a ghost, she hints he’s wasting his time. They  can never be together, as she has her own destiny, though she won’t explain what it is.  She urges  Adrian to leave Japan immediately, in case Inari turns against him. Instead, he hangs around the  house, wanting  Emiko  to  teach  him  how  to  be a better person. Despite her bleak, tormented  existence, the ghost’s strength and purpose inspire him.

Adrian hears ambiguous rumors about the priest’s past. At the same time,  a new kami  enters his life. The ghost of the Army captain lures him into a dark alley. Wielding the katana that  Adrian had returned to his daughter, he attacks viciously, and would have killed Adrian but for a last-second intervention from Inari. Adrian becomes a true believer in Shinto gods because they  ultimately do the right thing, both sparing an outsider like him and taking Emiko’s side. They  finally see she is not an evil kami. The vengeful captain meets a bitter end.

Emiko disappears in the middle of the night, after leaving Adrian a good-bye letter. They  should never see each other again because it’s too painful, she writes.  Piecing together clues, he finds her at Japan’s most hallowed cemetery, under a full-moon, sitting by a small Jizo statue, the  Buddhist  god  that  protects  children,  including  the  unborn.    Emiko finally  reveals the  priest  invited  her  to  live  in  his  house  when  she  was  having  trouble  with  her  parents.  He  got  her  pregnant and forced her to have an abortion. In Japan, shame is a powerful motivator, as are right  and wrong. Having brought dishonor on her parents, Emiko hanged herself.

Redeemed by Inari, she can now join the spirit of her unborn child.

Their good-bye in the cemetery is awkward, and overwhelming to Adrian. The rare and  tender relationship he cultivated is about to turn into a teasing memory.       I love you, always, he whisper to the ghost, after she vanishes into a star-glazed sky. He becomes  furious with the priest as he returns to the house.  It’s surrounded by police.  The priest has hanged himself in the attic.

Adrian  returns  to  the  States,  quits  his  job,  and takes  an  apartment  in  a  new  city.  He  aimlessly  plies  the  streets,  searching  for a  new future.    While  reading on a  park  bench,  an  attractive young woman sits beside him. The stranger hints she knows Adrian well.  Nervous,  hopeful,  he asks if she is Emiko in some incarnated form.  The woman denies it, but admits she  was sent here by Emiko.  She challenges Adrian to figure out who she is.  If he does, she promises  to make room  for him in her busy schedule. He knows what’s at stake, but before he can say  anything, she disappears on him.

The next day, he finds her crossing the street. He’s overjoyed with  this stroke of  fate.  “Teacher,” he shouts out. “I’m here.”

The Reconstruction of Wilson Ryder (2013)

Lifeguards Only Beyond This Point (1984)

Mountains Beyond Mountains, with Tracy Kidder (2013)

Posted by iamagemcrystal at 6:48 AM No comments: