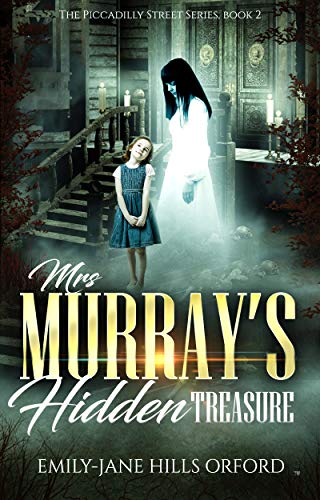 Author Emily-Jane Hills Orford has done it again! Book 2 in The Piccadilly Street Series is another 5 star read according to middle school student Carmen Otto.

There is a hidden treasure in the grand old mansion on Piccadilly Street, in a place called London, but not the real London of English fame. There’s also a lot of mystery and a murder that’s been unsolved for decades. But it’s the treasure that captures Mary’s interest. Mary lives in this house along with her family, her Brownie friends and a ghost. When the ghost reveals her secret about the hidden treasure, there’s no stopping Mary, her Brownie friends, or her enemies from searching for this treasure. Why the intrigue? Apparently there’s a little bit of magic connected to this treasure. And so the adventure begins. Who will find the treasure first? 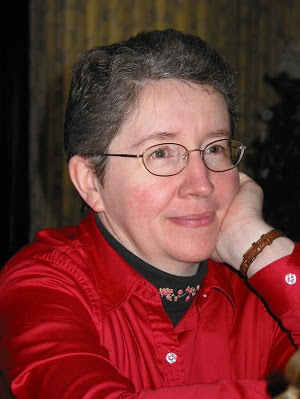 An avid gardener, artist, musician and writer, Emily-Jane Hills Orford has fond memories and lots of stories that evolved from a childhood growing up in a haunted Victorian mansion. Told she had a ‘vivid imagination’, the author used this talent to create stories in her head to pass tedious hours while sick, waiting in a doctor’s office, listening to a teacher drone on about something she already knew, or enduring the long, stuffy family car rides. The author lived her stories in her head, allowing her imagination to lead her into a different world, one of her own making. As the author grew up, these stories, imaginings and fantasies took to the written form and, over the years, she developed a reputation for telling a good story. Emily-Jane can now boast that she is an award-winning author of several books, including Mrs. Murray’s Ghost (Telltale Publishing 2018), Mrs. Murray’s Hidden Treasure (Telltale Publishing 2019), Queen Mary’s Daughter (Clean Reads 2018), Gerlinda (CFA 2016) which received an Honorable Mention in the 2016 Readers’ Favorite Book Awards, To Be a Duke (CFA 2014) which was named Finalist and Silver Medalist in the 2015 Next Generation Indie Book Awards and received an Honorable Mention in the 2015 Readers’ Favorite Book Awards and several other books. A retired teacher of music and creative writing, she writes about the extra-ordinary in life and the fantasies of dreams combined with memories. For more information on the author, check out her website at: emilyjanebooks.ca

After finishing Book 1, I couldn't wait to get my hands on Mrs. Murray's Hidden Treasure by Emily-Jane Hills Orford. Now that I've finished both books, I can say that they both read fine as a stand-alone, but who doesn't love a great series? I highly recommend reading both books and have given both 5 stars. If you'd like to read my review for Book 1; you can find it here https://bringonlemons.blogspot.com/2019/03/5-star-review-of-mrs-murrays-ghost.html and now - here's the review for Mrs. Murray's Hidden Treasure:

My favorite part of the book was when Brunny became their teacher and his name was changed to Mr. Brunnifer. This part really made me laugh but my take-away came from the way he treated everyone. I think it's important to be kind to everyone and as Mr. Brunnifer, he didn't treat anyone more special or less special - he was just wonderful to everyone and didn't play favorites.

My least favorite part of the book was when Witch Penelope beat Mary with the leather belt. This part of the book was as well written as the rest, it just made me uncomfortable because I dislike seeing anyone hurt. She gave Mary welts and used extra force to hurt her. My mom says it's good that this part made me uncomfortable as it must have been well-written to help me feel empathetic with Mary.

I enjoyed Mrs. Murray's Hidden Treasure because it was full of adventure and mystery as well as meaning friendships and close relationships. I am hopeful there will be more books in this series. I enjoy the writing style of Emily-Jane Hills Orford and definitely give this book 5 stars. 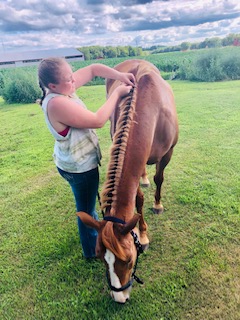 Carmen is a 12 year old from a small Wisconsin town where she lives with her family. Carmen spends her days in school and evenings on her family's dairy farm where she milks cows alongside her father and grandfather. She enjoys swim team, reading books, and playing with her many siblings. When Carmen grows up, she plans to become a large animal veterinarian where she can help farmers with their cattle but also work with horses. Carmen's family recently added 2 horses to the many animals on their farm and she loves spending time caring for Princess and Paige! She's looking forward to school starting in a few weeks, but has been having a fun summer with her animals, friends, family, and many books!

And if you have a chance, you'll love Book 1 as well:

Mary’s family has moved into a huge Victorian mansion. She loves her gigantic new house, especially her room. But then she begins to meet the house’s other residents. Mrs. Murray was murdered in Mary’s new house. At first she tries to scare the new residents away, but there seems to be a force connecting the ghost to Mary. Even the stranded Brownies, the little people who live between the walls, feel that connection. When Mary becomes deathly ill, the Brownies and the ghost team up to try to rescue her, only to encounter a witch and her evil minions. Time is running out. They must rescue Mary from a fever-induced dream world before she is trapped there forever.

Book trailer:
Posted by iamagemcrystal at 9:29 AM 2 comments: