Thank you to WOW! Women on Writing for asking us to participate in this awesome tour!

This book has scatterings of Scottish and Indian superstitions woven throughout it.

Feather (who changed her name from a family name of Heather) is an old hippie. At one time she lived in a commune and named her son Weed. Now she leads a more conventional life, although she still dresses in somewhat of a hippie style.

One day her mother, Bubbles, gets a letter saying that after 70 years someone has found her mothers’ ashes and they want to return them to her. So Feather and Bubbles embark on a journey from Canada to Mexico City to claim the long lost ashes of Bubbles’ mother who ran away when Bubbles was a young girl. She can’t wait to be reunited with her mother. Bubbles will be celebrating her 90th birthday, she may be 90 but she certainly doesn’t think like a 90 year old woman. She has a boyfriend at her senior living center but he’s rather boring. She’s excited for the trip to Mexico with her daughter.

On one of their sightseeing adventures Bubbles steals a large urn from a museum because she knows it will be perfect for her mother’s ashes. At one point she adds some water to the dry ashes and her (younger) mother breaks out of the urn. The next thing I know Bubbles’ grandparents are traveling with them also. Feather enjoys getting to know her grandparents and great grandparents and learns some more understanding of her mother.

Feather searches for a shaman and finds one that she is very attracted to…he can change from an animal to human, but not at his will. Feather spends several days/night with him and gets separated from the rest of her family. While Bubbles and her ancestors travel about Bubbles gets some much loved attention from the Mexican men. The grandma keeps chickens in their hotel room. These are just some of their adventures.
The author is described as using magical realism at the heart of her writings. I give her great credit for use of her imagination.

About today's guest blogger: Linda is a grandma to 9 (& lovin' it)!!! In 2014/2015 she battled breast cancer and won! It has changed her outlook on life. Sometimes Linda forgets that she is over 60 (until looking in the mirror or when having one of those 'my aching body' days). She has many interests and looks forward to the time when she can try more. Currently Linda enjoys stamping, scrapbooking, reading, flea markets/thrift stores, sunshine, friends in the Royal Purple Belles (Red Hat society group), and some peace & quiet every now and then.

You can find Linda blogging at: http://lindaloveschocolate.blogspot.com/ 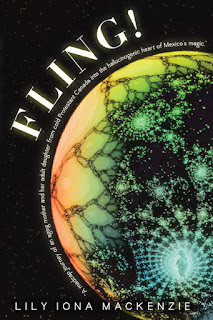 Book Summary: Lily Iona MacKenzie’s debut novel Fling!, a wildly comic romp on mothers, daughters, art, and travel, will be published by Pen-L Publishing in July 2015. The book should appeal to a broad range of readers. While the main characters are middle-aged and older, their zest for life would draw readers of all ages, male or female, attracting the youthful adventurer in most people. The heart of the book is how they approach their aging selves and are open to new experiences.

About Fling!: When ninety-year-old Bubbles receives a letter from Mexico City asking her to pick up her mother’s ashes, lost there seventy years earlier and only now surfacing, she hatches a plan. A woman with a mission, Bubbles convinces her hippie daughter Feather to accompany her on the quest. Both women have recently shed husbands and have a secondary agenda: they’d like a little action. And they get it.

Alternating narratives weave together Feather and Bubbles’ odyssey. The two women travel south from Canada to Mexico where Bubbles’ long-dead mother, grandmother, and grandfather turn up, enlivening the narrative with their hilarious antics.

In Mexico, where reality and magic co-exist, Feather gets a new sense of her mother, and Bubbles’ quest for her mother’s ashes—and a new man—increases her zest for life. Unlike most women her age, fun-loving Bubbles takes risks, believing she’s immortal. She doesn’t hold back in any way, eating heartily and lusting after strangers, exulting in her youthful spirit.

Readers will believe they’ve found the fountain of youth themselves in this character. At ninety, Bubbles comes into her own, coming to age, proving it’s never too late to fulfill one’s dreams.

Fling is available as an e-book and paperback at Amazon


Book Giveaway Contest:
To win a copy of Fling please enter using the Rafflecopter form at the bottom of this post. The giveaway contest closes August 6th 2015. We will announce the winner the same day in the Rafflecopter widget. Good luck! 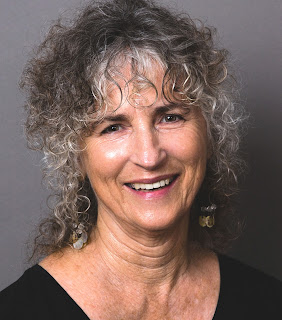 About the Author: A Canadian by birth, a high school dropout, and a mother at 17, in her early years, Lily Iona MacKenzie supported herself as a stock girl in the Hudson’s Bay Company, as a long distance operator for the former Alberta Government Telephones, and as a secretary (Bechtel Corp sponsored her into the States). She also was a cocktail waitress at the Fairmont Hotel in San Francisco, briefly broke into the male-dominated world of the docks as a longshoreman (and almost got her legs broken), founded and managed a homeless shelter in Marin County, and eventually earned two Master’s degrees (one in Creative writing and one in the Humanities). She has published reviews, interviews, short fiction, poetry, travel pieces, essays, and memoir in over 140 American and Canadian venues. Fling, one of her novels, will be published in July 2015 by Pen-L Publishing. Bone Songs, another novel, will be published in 2016. Her poetry collection All This was published in 2011. She also teaches writing at the University of San Francisco, is vice-president of USF's part-time faculty union, paints, and travels widely with her husband. Visit her blog at:

Wednesday, August 5 @ MC Simon
Lily Iona MacKenzie shares insight about "Writing Like an Architect" as she writes the guest post for Mc Simon Writes. Find out more about this topic as well as MacKenzie's debut novel "Fling"

Monday, August 10 @ Create Write Now
Don't miss today's guest post at Mari McCarthy's Create Write Now. The topic is: "Writing as a Spiritual Path and an Exercise in Trust" written by Lily Iona MacKenzie as part of her book blog tour for her debut novel "Fling"

Enter to win a copy of Fling by Lily Iona MacKenzie! Just fill out the Rafflecopter form below. The winner will be announced on August 6th


a Rafflecopter giveaway
Posted by iamagemcrystal at 12:01 AM