I'd like to schedule a fair amount of reviews to help lay the groundwork for a successful book launch and book tour.

Can I count on your participation?

Please email crystal@wow-womenonwriting.com or crystaljotto@gmail.com and let me know the following:


Here's some additional information to help you make your decision about participation. 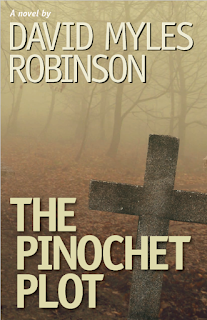 The brutal CIA-backed Chilean dictator, Augusto Pinochet, was known to have political opponents assassinated, but when a young Will Muñoz found his father murdered in the study of their Santa Fe home, he had no idea it might have been the work of a Pinochet assassin. Thirty years later, when reading his mother’s suicide letter, Will learns of his mother’s suspicions that Pinochet had ordered the assassination of his father, a famous Chilean writer. But her suspicions don’t stop there, and Will finds himself in a quest to discover the truth about his father’s murder—and about his mother’s mental state. His journey takes him down thoroughly unexpected paths involving his step-father, the CIA, drug experimentation programs, and a conspiracy of domestic terrorism. THE PINOCHET PLOT is not just a story of a man seeking inner peace, it is a story of dark history doomed to repeat itself. 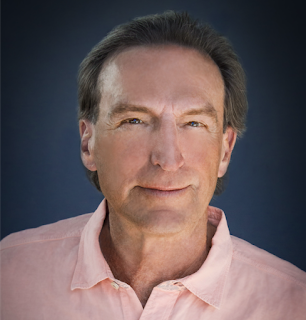 David Myles Robinson was born in Los Angeles, California in 1950. He went to Blair High in Pasadena and then attended San Francisco State College, Cal State Los Angeles, University of Hawaii, and San Francisco State University respectively. He obtained a J.D. from the University of San Francisco School of Law in 1975. It was there that Robinson met his wife, Marcia Waldorf.
The two moved to Hawaii to practice law in 1975. Waldorf retired as a Honolulu Circuit Court Judge in 2006 and Robinson retired from his private practice of law in 2010. They have traveled extensively around the world, having been to all seven continents and sub-Saharan Africa nine times. Robinson’s non-writing passions are golfing and skiing and the two reside in Taos, New Mexico.
​
Robinson has always wanted to write. He was editor of the school paper in high school and while in college he worked as a staff journalist for the Pasadena Eagle, a weekly minority newspaper. He completed his first novel about twenty years ago, but he shelved it after deciding that the writing was too stilted by too many years of writing legalese.

In addition to his published works, UNPLAYABLE LIE, TROPICAL LIES, and TROPICAL JUDMENTS, his latest novel, THE PINOCHET PLOT, is scheduled to be published in early 2018. Robinson has two more completed novels currently with his agent, one of which is another Pancho McMartin legal thriller.

Robinson also has a book of travel stories entitled MAGGOTS IN MY SCROTUM, AND OTHER TALES OF TRAVEL. Two of his stories from MAGGOTS were recently awarded a Gold and Bronze medal from Solas Awards For Best Travel Writing. MAGGOTS is also currently with Robinson's agent.