5 Star Book Review for "When Never Comes" by Barbara Davis 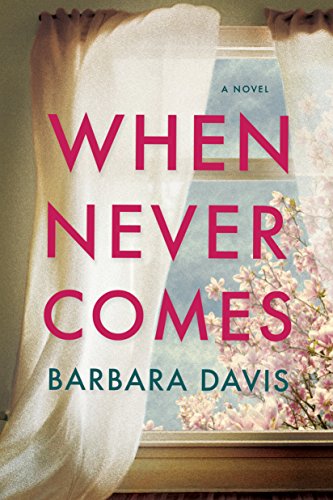 Author Barbara Davis deftly explores an emotionally charged landscape of pain, loss, and despair—and the risk one woman will take in the hope of loving again.

As a teenage runaway and child of an addict, Christy-Lynn learned the hard way that no address was permanent, and no promise sacred. For a while, she found a safe haven in her marriage to bestselling crime novelist Stephen Ludlow—until his car skidded into Echo Bay. But Stephen’s wasn’t the only body pulled from the icy waters that night. When details about a mysterious violet-eyed blonde become public, a media circus ensues, and Christy-Lynn runs again.

Desperate for answers, she’s shattered to learn that Stephen and his mistress had a child—a little girl named Iris, who now lives in poverty with her ailing great-grandmother. The thought of Iris abandoned to the foster care system—as Christy-Lynn once was—is unbearable. But she’s spent her whole life running—determined never to be hurt again. Will she finally stand still long enough to open herself up to forgiveness and love?

“When Never Comes is the story of a woman trapped in her own past, limited in all the ways she’s been hurt by others. But when love presents itself in new and unexpected ways, she has to face all the doors she’s closed…all the nevers she’s clung to. This is a story of love, hope, redemption, and rediscovering who you were meant to be, and it will resonate with readers who love a tale full of heart and soul.” —Camille Di Maio, bestselling author of The Memory of Us and Before the Rain Falls

“When Never Comes is another winner from Barbara Davis: a contemporary mystery that connects a husband’s betrayal to childhood trauma and broken promises. Christy-Lynn’s story is about resilience and vulnerability; about the ways we hurt and the ways we heal; about huddling in self-protection but opening up to the possibilities of love.” —Barbara Claypole White, bestselling author of The Perfect Son and The Promise Between Us

“Brimming with compassion and a refreshingly grown-up romance, Barbara Davis’s story of a woman who has left herself behind in more ways than one is imbued with grace, patience, and hope. Second chances abound in this uplifting tale about starting over and how letting go of our nevers just might be the only thing that lets us move forward.” —Emily Carpenter, author of Burying the Honeysuckle Girls and The Weight of Lies

“Infused with honesty, friendship, and a touch of romance. Davis creates nuanced and well-developed characters who are faced with situations to which there are no easy answers. Told through alternating narrators and shifting between the present and Christy-Lynn’s difficult childhood with an addicted mother, When Never Comes is a carefully woven tale that the reader won’t soon forget.” —Emily Cavanagh, author of The Bloom Girls and This Bright Beauty

After spending more than a decade as an executive in the jewelry business, Barbara decided to leave the corporate world to pursue her lifelong passion for writing. The author of The Secrets She Carried, The Wishing Tide, Summer at Hideaway Key, and Love, Alice, this is her fifth novel. She lives in Rochester, New Hampshire, with her husband, Tom, and their beloved ginger cat, Simon, and is currently working on her next book. Visit her at http://www.barbaradavis-author.com or find her on Facebook at https://www.facebook.com/barbaradavisauthor/. 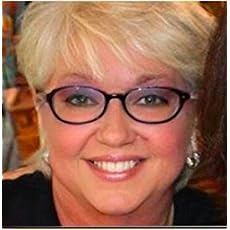 Wow!
This was the first book I read by author Barbara Davis and before I finished When Never Comes, I had already ordered her latest novel The Last of the Moon Girls. This is an incredibly talented author and I can't wait to get my hands on each and every one of her published works!
To say I enjoyed When Never Comes would be quite the understatement. I began reading just after lunch on Sunday and read clear through supper. I believe my children made themselves sandwiches for supper, but quite frankly I didn't care - I was absolutely engrossed in this book and invested in finding out how everything turned out. Finally at well past midnight, my husband chased me off to bed reminding me the book would still be there in the morning. Of course, Christy-Lynn had become so dear to my heart that she's all could think of all night long. I woke up before my alarm and poured a cup of coffee and sat right back down in my chair and devoured the rest of the book.
By the time my family was awaken on Monday morning, I was ready to tell them how wonderful When Never Comes was - my 14 year old daughter scooped up my copy and threw it in her backpack to read during study hall. She's enjoying it just as much as I did! We are both eager to discuss the questions at the end of the book and we look forward to reading The Last of the Moon Girls too!
Barbara Davis developed her main character, Christy-Lynn so expertly. I felt as if I had known this woman and I was kindred to her as the story unfolded. A beautifully touching story written so eloquently. Absolutely 5 stars!
Posted by iamagemcrystal at 3:59 PM