Praying for Restraint is now available to purchase on Amazon in both paperback and as a Kindle book as well as Barnes and Noble and as a Google Book.
About the Author, Allen Long

You can discover more about Allen and his work on his website: http://allenlongauthor.com/.
--- Review by Michelle DelPonte
As someone who has worked as a CNA, now a caregiver for people with behavioral issues, “Praying for Restraint” reminds me of another day at the office. Allen Long does a wonderful job of explaining the day to day concerns and lives of those that choose this much needed profession. He introduces us to many different types of people and circumstances that most people would not consider, from the patients to the upper management and everyone in between. This type of work is extremely taxing, but even more so with abusive clients and management. Entangled in the web, Allen shows how his work affects his PTSD and marriage. This book is a true testament to his character, as he is able to treat others with empathy and compassion while they are at their lowest points. The ability to care for people who are suicidal, abusive, and not in a good place is a gift that not everyone was blessed with. I encourage everyone to come and take a ride with this book and try to walk in the shoes of a caregiver. 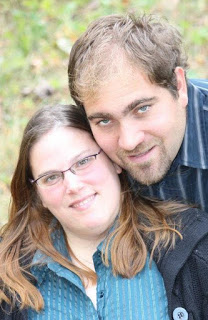 About today's Reviewer:
Michelle is a busy mom, healthcare worker, and autism advocate. Michelle lives on the shores of Lake Michigan with her beloved family.
--- Upcoming Blog Tour Schedule
May 25th @ World of My Imagination
Nicole Pyles offers her thoughts in an insightful review of Allen Long's medical memoir titled Praying for Restraint. Join readers at World of My Imagination as they learn more about this inspiring memoir and it's author.
https://worldofmyimagination.com/
May 26th @ Linda Appleman Shapiro
Memoirist, Artist, and Psychotherapist Linda Appleman Shapiro offers some deep thoughts in her review of Allen Long's latest memoir Praying for Restraint. Join readers at Linda's blog today to learn more!
http://applemanshapiro.com/my-blog/
May 27th @ Bring on Lemons with Cathy Hansen
Wisconsin educator and small business owner Cathy Hansen shares her insightful review of Allen Long's Praying for Restraint. Don't miss this opportunity to learn more about this memoir!
http://bringonlemons.blogspot.com/
Posted by iamagemcrystal at 10:00 PM