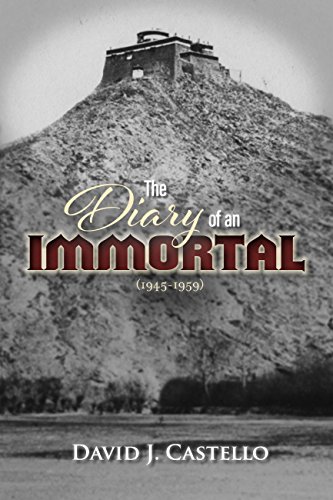 The Diary of an Immortal (1945-1959) by David Castello will grab you during the first few pages. More important, it will keep you guessing from cover to cover. Each character is well written with sufficient background information to help you understand them quite well. Just when the reader thinks they know what will happen next, there’s a plot twist. There are many twists and turns and you’ll stay engaged until the very end. Castello’s writing is descriptive, the characters are entertaining, and the story itself is engrossing.

The Diary of an Immortal is a quick read. Once you begin, you won’t want to put it down. Yes, the story is about a young U.S. Army combat medic Steven Ronson, a man who escapes the constant inundation and threat of death in World War Two after he discovers an immortality formula designed for Adolf Hitler during the liberation of the Dachau concentration camp in April of 1945. No, I am not generally a fan if war stories, BUT…I find myself hoping that Castello is in the process of writing a sequel to this fascinating tale. Even if this is not typically a book you would pick up, I would highly recommend giving it a read – you won’t be disappointed.

THE DIARY OF AN IMMORTAL (1945–1959) is the story of twenty-one-year-old U.S. Army combat medic Steven Ronson, a man who escapes the constant inundation and threat of death in World War Two after he discovers an immortality formula designed for Adolf Hitler during the liberation of the Dachau concentration camp in April of 1945.

Steven begins consuming the immortality formula and, after realizing that aging and death no longer control his life, travels to Manhattan to realize his childhood dream of becoming a jazz saxophonist on 52nd Street. The immortality formula gives him supernatural powers and fantastic musical abilities. His performance catches the attention of a disgraced British missionary and his adopted niece who knew the Buddhist monks in China that have guarded the original formula for thousands of years.

After a series of disturbing and prophetic visions, Steven accepts an invitation from the ex-missionary to journey to Xian. In a mountain monastery outside of the city, Steven discovers the incredible truth about the formula and the monks, and the interstellar origins of Jesus Christ and the human race. But time is running out−the German occultists who helped bring Hitler to power in the 1930s have selected another Aryan messiah, and this time he has the formula. Steven cannot allow the nightmare he experienced in Germany to happen again.

David J Castello is the Editor-in-Chief 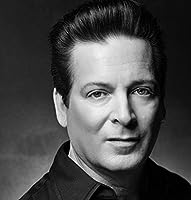 and COO for the CCIN network where
he has written hundreds of articles on a
variety of topics for Nashville.com,
Whisky.com, PalmSprings.com,
Bullion.com, Traveler.com and more.
On December 7, 2016, The Daily Beast
featured his story "The Man Who Tried
To Stop Pearl Harbor" for the 75th
anniversary of the attack.
The Diary Of An Immortal (1945-1959)
is his debut novel.
Born in New York City (Bronx), David J
Castello currently resides in Nashville.
Posted by iamagemcrystal at 10:55 AM