There has been plenty in the news about farming - I'm not even going to get into it because it's truly something that has caused so much pain for me personally...but I just want you to know something about those farmers effected by the current economy. I didn't know anything about farming until 6 years ago when I fell in love with a farmer and 5 years ago we fulfilled his dream of buying a farm. I can't speak for 2nd and 3rd generation farmers, but I can shed some light into what it looks like to be first generation dairy farmers on a small family farm in 2017. This is partially in response to some of the hurtful comments on social media about "those greedy farmers", "those dumb farmers", "those people who rape cows", etc... 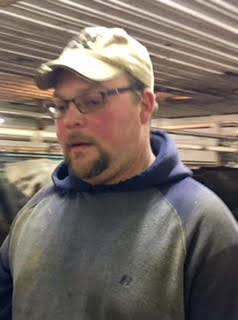 My husband had a dream as a little boy. He would play with his tractors and dream of being a farmer. He knows each of his cows and when they are sick he sits with them and provides comfort and care. He still drives the same truck he bought in highschool (that is, when it runs). His truck is rusted and falling apart, but it gets the job done and that's what matters. Most nights he sleeps on the couch because he's too tired to climb the stairs to our bedroom. Then there are those really rough days when I wake up and go down to check on him and he's asleep on the bathroom floor...unshowered, in his underwear, asleep sitting up. He hasn't taken a day off since our wedding. His glasses are scratched and need replacing, and he hasn't seen a dentist in decades because there's no time or money. His body aches, there are holes in his undewear, his pants, his socks, and his boots are held together with duct tape. He works from 6 in the morning until well past midnight - out in the cold, the sun, the rain, and he never complains. This is his dream. He does this so YOU don't have to. He works hard to provide for YOUR families so you can punch out at the end of the day and enjoy a swim meet or dance recital.

He misses church, swim meets, baseball games, and his wife takes herself to the hospital to have his children. His children try to understand. Last year we cashed in the last of my retirement fund to buy seed to plant crops to make food for our cows. The great thing about that was it's the first year in three years that we've had a positive tax return. I'm pretty sure most of you wouldn't work as hard as a farmer for does for absolutely no pay. The man isn't crazy though - he's passionate. He's passionate about his dream and he's passionate about his family and yours. The very people he helps feed are the same ones beeping and flipping him off when he's trying to get crops off the field. Most months he spends more feeding animals and fueling tractors than he makes shipping milk. Not only is it a thankless job, the farmer is not the one getting rich. 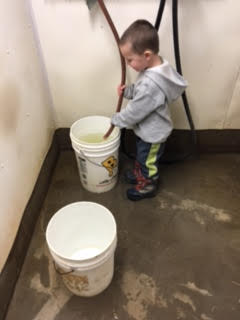 First generation farmers don't retire. They die...with dirty hands...hoping they've done well by God. Hoping they've left something for their own little boys who play with tractors. Hoping they've loved the land as they should. They don't retire and head for Florida, they stay and keep living the dream. That is, if they are lucky enough to make it. Some farmers die on the inside as they sell their cows, close up the barns that will eventually crumble, and look for some way to pass the time and pay the bills until they are lucky enough to die. Farmers wives hide the tears, bake the bread, keep the children happy, mend the clothes, and pray...they pray for the land, the cows, the children, their husband, the crops, and the weather. They pray for the dream that they see in their little boys eyes - shining just as brightly as it still does in their husband's. And they pray for God's strength to help their husbands. They pray they'll never find their husband holding the shotgun sitting on the bale of straw because the dream is over. 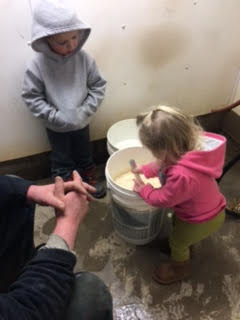 Before you make a quick judgment about "those farmers" please take a moment - get to know us. I
can't explain why my husband does what he does, but I know it's not due to greed, and it's not to get rich.
Posted by iamagemcrystal at 9:26 AM