Join in the Fun! A WOW! Women on Writing Book Blog Tour for David Kalish's Debut Novel: The Opposite of Everything

Read on! I’ve booked another fabulous WOW! Blog tour beginning at The Muffin Monday, April 21st running through May 21st. We would love to stop at your blog as part of this tour! Details below!
I am super excited to introduce you to a friend of mine. David Kalish is an all around great guy and I’m quite happy to also call him ‘friend’. Before I tell you about his new release, let me share a bit more about him: 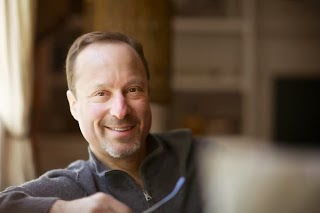 Author Bio: David Kalish is a fiction writer, screenwriter and playwright whose debut novel, The Opposite of Everything, will be released on March 11, 2014 by WiDo Publishing.
The Opposite of Everything grew out of his studies at the Bennington College Writing Seminars, where he earned his MFA. His short fiction has been published in numerous literary journals, his non-fiction in the Writer’s Chronicle, and a short film of his, "Regular Guy," won honors in film festivals here and abroad. Before Bennington, he was an editor and reporter at The Associated Press, and his articles have appeared in major newspapers. He is currently working on a second novel, entitled Stoner Hero, and a theatre script for a Latin version of A Christmas Carol. He lives in upstate New York with his wife, daughter, two dogs, and two canaries.

More About: The Opposite of Everything 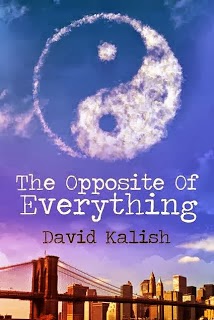 Debut Novel Explores Comic Side of Tragedy
Inspired by his own brush with cancer and divorce, author David Kalish makes comedy out of his past in his debut novel, The Opposite of Everything.

Equal parts love story and Job-like allegory, The Opposite of Everything traces the hilarious descent of a man stricken with disease, divorce, and an oversupportive father – and the contrarian strategy he uses to resurrect himself.

When Brooklyn journalist Daniel Plotnick learns he has cancer, his fortunes fall faster than you can say “Ten Plagues of Egypt.” His wife can’t cope, his marriage ends in a showdown with police, and his father accidentally pushes him off the George Washington Bridge.

Plotnick miraculously survives his terrifying plunge --and comes up with a crazy plan to turn his life around: by doing the opposite of everything he did before.

More about David – My Interview with him for WOW! : http://muffin.wow-womenonwriting.com/2013/12/interview-with-david-kalish-novelist.html


David will be starting his WOW! Blog tour with a stop by The Muffin Monday, April 21st and his tour will run through May 21st. We would love to stop at your blog as part of this tour!

Bloggers: If you'd like to host David’s WOW tour on your blog, we have a few dates open (4/21-5/21 2014) for  The Opposite of Everything. Please e-mail Me/Crystal (crystal@wow-womenonwriting.com) with your blog's URL. Please indicate if you would like to do a review of The Opposite of Everything, or if you prefer David to provide a guest post. Either way, you will have the opportunity to provide your readers a giveaway of this hilarious debut novel! If you choose a guest post topic, here are the ones you can choose from:

1)  Health related topics, ranging from the therapeutic value of writing for cancer patients to David’s own experience struggling with disease;

2)  Wry essays on ordinary life, ranging from why David let his lawn go to crabgrass to the paucity of monarch butterflies this year;

3)  David’s struggle with writing process and tips for writers;

4)  How David turned tragedy into comedy for his novel, and how others could too;

5)  David’s awkward experience as a newbie learning social media, its pitfalls and successes;

6)  Updates on when David’s novel is coming out, giveaways, where I’ll be for book signings;

8)  Ruminations on nature and mindfulness;

9)  Ruminations on cultural clashes, particularly between American and Latin cultures

Authors: We are taking reservations for later this year! If you need help promoting your book, reply to this e-mail and ask about our blog tour rates and author promotion specials. 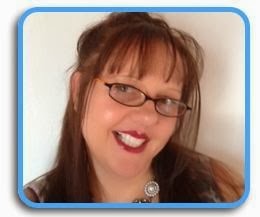 Thanks so much!
Hugs,
~Crystal

Posted by iamagemcrystal at 10:35 AM