The Hardest Words To Hear

And this my friends, is my submission to the 2012 Spring Flash Fiction Contest. All characters and the story line are completely fictional - enjoy! (and wish me luck)

The Hardest Words to Hear 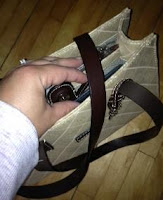 It was another busy day at the office. Portia was off to another meeting in a few moments and as she grabbed her water from her bag she saw the crumpled bills that Klaus had tossed at her the night before. She didn't remember how the fight had begun, but it ended with him throwing the bills in her direction and muttering “go buy some shoes or coffee or something tomorrow”. They both knew that all the money in the world wasn’t going to fix their broken marriage, but Klaus knew that a little retail therapy would go a long way in brightening Portia’s mood.  And after all, they had plenty of money now. Unfortunately, it didn't bring back their baby.

Portia got pregnant early in their relationship. It just took that one time on the lake up north. Neither of them could believe it, and they were too young to make good parents (at least that’s what they had convinced themselves of). Portia kept trying to come up with ways that she could take the baby with her to work. Klaus appreciated her optimism but he was a realist. If they were going to make this business work, and retire young, they couldn’t have a baby slowing them down. Those fights had been the worst and he was ashamed at the things he said. She had forgiven him, but neither one could forget.

She hadn’t gotten the abortion he had suggested. She hadn’t driven her car off a bridge as he had also suggested. She had given their baby girl up for adoption, and they moved on. At least they tried to. Years went by and the regret grew. She resented having to choose between her daughter and her husband. He was conflicted and just wished that Portia would snap out of it. They tried to have another child which led to miscarriages, more depression, and the wall between them kept growing. 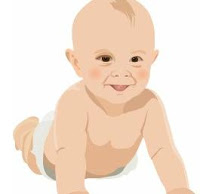 It was Portia’s sadness and Klaus’s greed that led to all the fighting, that’s really what last night had been about. There was hardly any love left between them. They had everything Klaus had dreamed of. He had his business and Portia had a rewarding career. They had more money than they knew what to do with and plenty of expensive toys. And now, she had a couple hundred dollars crumpled in her purse. A gesture that was more maddening than anything “how damn much does he think a latte’ is?” she mumbled as she tucked the money in her wallet. Portia picked up the phone (like she did after every fight) to call her husband and apologize.

“How is your day going dear?”

“Well, I was on my way to a meeting and just wanted to call and let you know I’m so sorry we were fighting. I love you darling.”

“Are you going to say anything?”

“Klaus, I have to get to this meeting. I’ll see you tonight.”

…then all she heard was the dial tone and her heart beating so loudly she thought her heart would burst.

She finished the day at the office while trying to suppress her sadness and fear. When she got home, she packed a duffle bag and left. She had chosen Klaus instead of their child and now she had lost both of them. How could he have said that? There’s no going back when you’ve heard those words. He hadn’t died; he had chosen to stop loving her. In her mind, this made her unlovable and undesirable. "How long has he known? How long have I been nothing more than a house keeper and a whore?" Portia sped away and when she got to her destination (mom’s house) she sat on the floor of the shower and cried until the hot water ran out. Those words still make her eyes water, her throat burn, and her stomach churn. “I just don’t love you anymore” – those words were more hateful than anything.
Posted by iamagemcrystal at 4:44 PM