Now scheduling blog stops for another great WOW! Women On Writing book blog tour - check out these details and mark your calendars!


I am working on putting together this WOW! Women on Writing book blog tour! The tour will begin October 23rd with a giveaway and author interview on the WOW! Blog (the Muffin), and run for a month. If you would be interested in reading and reviewing Farewell Aleppo by Claudette E. Sutton, please email: crystal@wow-womenonwriting.com as soon as possible!


Include in the email:

*The name and url for your blog, or a note letting me know you'd like me to post your review on this blog

*A date you would prefer as your first choice, as well as a 2nd choice - this will be the date your review will be posted to your blog/this blog and social media.

As soon as all the dates have been filled and a calendar has been put together, I'll email a media kit to everyone involved in the tour. This kit will include the authors head shot and bio as well the book cover and official summary and buy links for you to use. This email will also include the calendar for the tour and should be able to answer most (if not all) the questions you may have concerning tour participation.

If you are an interview only blogger, please email with your interview questions as well as the dates preferred.

A select number of guest posts will be available soon - if you prefer a guest post instead of a review, please email as soon as possible to choose a date and get in line for a guest post. 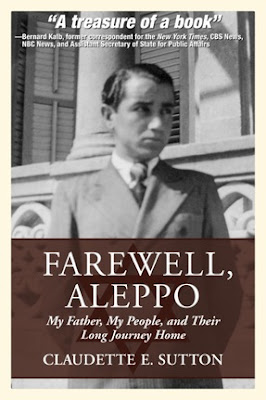 About the Book:
The Jews of Aleppo, Syria, had been part of the city’s fabric for more than two thousand years, in good times and bad, through conquerors and kings. But in the middle years of the twentieth century, all that changed. To Selim Sutton, a merchant with centuries of roots in the Syrian soil, the dangers of rising anti-Semitism made clear that his family must find a new home. With several young children and no prospect of securing visas to the United States, he devised a savvy plan for getting his family out: “exporting” his sons.

In December 1940, he told the two oldest, Meïr and Saleh, that arrangements had been made for their transit to Shanghai, where they would work in an uncle’s export business. China, he hoped, would provide a short-term safe harbor and a steppingstone to America.

But the world intervened for the young men, now renamed Mike and Sal by their Uncle Joe. Sal became ill with tuberculosis soon after arriving and was sent back to Aleppo alone. And the war that soon would engulf every inhabited land loomed closer each day. Joe, Syrian-born but a naturalized American citizen, barely escaped on the last ship to sail for the U.S. before Pearl Harbor was bombed and the Japanese seized Shanghai.

Mike was alone, a teen-ager in an occupied city, across the world from his family, with only his mettle to rely on as he strived to survive personally and economically in the face of increasing deprivation. Farewell, Aleppo is the story―told by Mike's daughter―of the journey that would ultimately take him from the insular Jewish community of Aleppo to the solitary task of building a new life in America.

It is both her father’s tale that journalist Claudette Sutton describes and also the harrowing experiences of the family members he left behind in Syria, forced to smuggle themselves out of the country after it closed its borders to Jewish emigration. The picture Sutton paints is both a poignant narrative of individual lives and the broader canvas of a people’s survival over millennia, in their native land and far away, through the strength of their faith and their communities. Multiple threads come richly together as she observes their world from inside and outside the fold, shares an important and nearly forgotten epoch of Jewish history, and explores universal questions of identity, family, and culture. 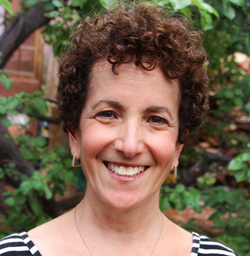 About the Author:
Family has always been a major focus of Claudette Sutton's writing. She is the editor and publisher of Tumbleweeds, an award-winning quarterly newspaper for families, based in Santa Fe, New Mexico. Her work has appeared in local and national publications and online. Her new memoir, "FAREWELL, ALEPPO: My Father, My People, and Their Long Journey Home," the story of her father and the close-knit community of Syrian Jews that her family came from, is an extension of that interest. In part a labor of love, the book is as well as a tribute to Aleppo, Syria's intriguing Jewish community whose history extends back thousands of years, but which has now left Syria and relocated around the world. Claudette and her husband live in Santa Fe, New Mexico, and have one son.
Posted by iamagemcrystal at 8:58 PM