Michael French's Once Upon a Lie 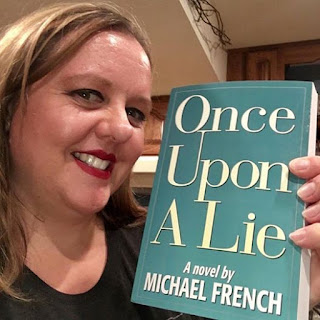 I had the pleasure of reading Once Upon a Lie by Michael French and can definitely say it's one of those books that will hook you and reel you in!

Book Summary: Twelve-year-old Jaleel Robeson is on the run after the police in his tiny Texas town try to frame him for the death of his father. A world away, Alexandra “Alex” Baten is growing up amid all the material comforts a wealthy Los Angeles lawyer can provide. One day, a simple cup of lemonade unites their lives, leading to a maze of adultery and murder that shatters Alex’s youthful innocence and Jaleel’s struggle to reshape his life.

While the forces of the law try to unravel the mysterious death―or at least find a scapegoat―the two youths see the trajectories of their lives entwine, unravel, and come together again. Justice, Alex learns, can be a strange and nebulous thing, easily enmeshed in webs of loyalty and betrayal. Justice, Jaleel finds, can be a powerful―but dangerous―rock on which to build a life of honor and courage. As their stories play out over the years in cities far apart, best-selling author Michael French fills the world of Alex and Jaleel with a cast of vivid characters both supporting and threatening their efforts to build a life that “works” amid the expectancies of others and their own conflicting drives. 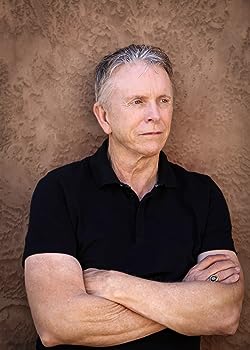 National best selling author Michael French is a graduate of Stanford University and Northwestern University. He is a businessman and author who divides his time between Santa Barbara, California, and Santa Fe, New Mexico. He is an avid high-altitude mountain trekker, world traveler to developing countries, and is a collector of first editions of twentieth-century fiction.

He has published twenty two books, including fiction, young adult fiction, biographies, and art criticism. His novel, Abingdon's, was a bestseller and a Literary Guild Alternate Selection. His young adult novel, Pursuit, was awarded the California Young Reader Medal.

The Reconstruction of Wilson Ryder was released January 2013.
Mountains beyond Mountains was released April 2013.
Michael's latest novel, Once Upon A Lie, will be released on March 15, 2016.


Review:
I can't believe it took me this long to read one of Michael French's books. His writing style is exquisite. He pulled me in within the first few pages and held my attention to the very end. Each character was well developed and as a reader, I felt emotionally connected to Alex and Jaleel (so much so I could feel my pulse quicken at times when the characters were excited or scared). I didn't feel like any of the book was fluffy...I'm kind of particular about that as a reader. I don't care about the color of the drapes unless it plays a part in the story. French does a nice job of telling me what I need to know to feel involved in the story, but he didn't add a lot of unnecessary details to fill pages and impress me with his attention to detail. I will be reading more of his novels in the future and have added several to my TBR pile. Such a talented author, and this particular story is one that will draw in readers from any walk of life and keep them engaged til the final page. 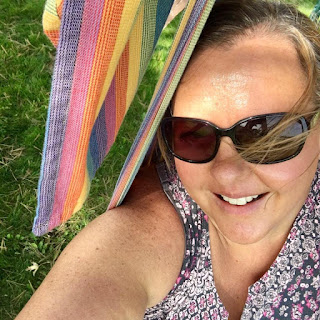 You can find Crystal riding unicorns, taking the ordinary and giving it a little extra (making it extraordinary), blogging and reviewing books, baby carriers, cloth diapers, and all sorts of other stuff at:http://muffin.wow-womenonwriting.com/
Posted by iamagemcrystal at 1:15 PM