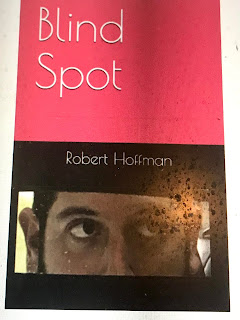 In this comedy/drama, based very, very loosely on my own experiences, a middle aged father of three named Doug Kaplan appears to have it all.  An attractive and supportive wife, three healthy boys, and a successful career.  He doesn’t shy away from his responsibilities as a father or as a son to his aging parents, and he is valued and respected at work.  However, all his life he has been plagued by the accusation that he does suffer from one significant character flaw, a subtle but substantial penchant for being selfish, a flaw that he is largely oblivious to.

Doug Kaplan’s life was progressing about as well as he could have hoped for.  In addition to his loving wife and family, he and his wife Kelly had finally purchased a house in lovely Seaford, Long Island, and while it may have been a fixer-upper, it was still going to be their dream home.  Despite his selfish streak, which by his wife’s own admission could be off-putting, he might never have found his blessed existence sidetracked, until he encountered the elderly woman next door who proved to be a seemingly unavoidable obstacle.  Who knew that their home on the cul-de-sac known as McGregor Court would be nestled next to the biggest know-it-all and budinsky in the entire Metropolitan area.  Yes, Trudy Fleischmann was a force to be reckoned with.  Emigrated from Germany as a little girl at the end of World War Two, Trudy has known suffering and sacrifice, but she is also wise and caring, and why shouldn’t she share her knowledge and opinions with the young couple who has just moved in next door.

Already having to look after Kelly’s widowed mother as well as their growing family, Doug and Kelly end up seeing their responsibilities increase exponentially as not only does Trudy’s husband Burt die, and remove the one pleasant buffer that lay between Doug and Trudy, but Doug’s father passes as well, and now he and Kelly must provide care for three elderly widows as well as their three young boys.  However Doug’s entire existence will become, much to his chagrin, inextricably tied to Trudy after he accidentally runs her over with his car one beautiful summer’s day in a supermarket parking lot.  Can Doug overcome his selfishness and provide the care and patience that the badly injured Trudy requires?  Doug’s family, career, and sense of who he is as a person are all on the line as he tries to summon his better angels and do the right thing.

This book is perfect for:

anyone trying to balance kids, career, marriage, and aging parents, all while being judged by a nosy neighbor!

If I were to compare Blind Spot to similar works of fiction I would say that it is written in the comedy/drama style of Richard Russo in his novel, Chances Are.  The telling of the story in my novel is similar to the style used by Gary Shteyngart in his novel Lake Success where he jumps back and forth between antagonist and protagonist.

You’ve heard about this delightful comedy/drama

now it’s YOUR turn to get your hands on BLIND SPOT!!

We have e-book copies available now with print copies in a few weeks. And for those of you looking for a guest post – there’s a few of those to choose from too (see google form for details) 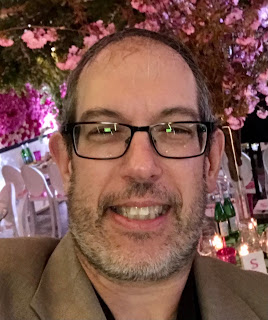 “Blind Spot” represents Rob’s first true attempt at writing fiction, an experience Rob both fun and exhausting.  Rob had thrown around several ideas as he began to think about what it was he wanted to write about, and then one day his wife had sent him to the supermarket on an errand where he saw somebody he really didn’t want to spend any time talking to, so he raced out of the store, got in his car, turned it on, slammed it into reverse and was about to speed out of the spot when he stopped himself and said, “Dumb-ass, be careful, you could hit somebody.”  Then, as Rob began to slowly and carefully pull out of his parking spot, he thought for another second and it occurred to him how ironic it would be if he accidentally hit the person he was trying to get away from and “Blind Spot” was born.  The character of Doug Kaplan, while not autobiographical, is sort of based on the best and worst of Rob’s traits.  Doug is at times the guy Rob always wanted to be, and yet at the same time, Doug also represented the guy Rob was relieved to know he never became. The other characters according to Rob are combinations of people that he knew from his childhood, as well as college and work experiences.

If you'd like to participate in this tour - I can get you the PDF IMMEDIATELY! Please fill out the google form below:

Posted by iamagemcrystal at 10:55 AM