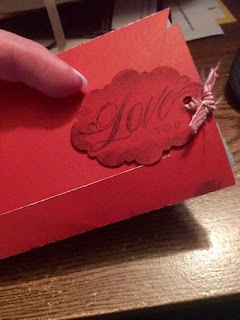 Here's my confession: I was a crappy mom, awful wife, and really bad daughter yesterday. The good news is I didn't kick the dog or anything...but yesterday was supposed to be our Valentine 2017 celebration and instead it was one of the worst days I've had this year.

I woke up yesterday morning feeling excited. I had tickets in my wallet. I had purchased early bird admission tickets for the Jim Cole concert at The Cup of Joy in Green Bay. I haven't seen Jim Cole for years and thought it would be a great way to start our evening. Good music, then we would head to Olive Garden for some delicious food. My friend had offered to babysit, my dairy farmer husband had lined up employees to work, and the forecast called for nothing but blue skies and clear roads (which isn't always the case in Wisconsin in February).


I got the house clean, the kids did their chores, and we were ready to embark on a late-morning trip to Target and our favorite shop in DePere, Green BayBeez. I was just pouring my first cup of coffee for the day when all of a sudden my delightful 9 year old became a mouthy lunatic...

I wasn't going to let that shake me. I had made my husband a delicious sandwich for brunch and with sandwich, coffee, and a box of chocolates in hand, I made my way down to the barn to spoil my Valentine. I was also going to tell him I was leaving the mouthy child home...and kiss him goodbye before heading out of town shopping. I expect he would be happy to see me, even happier about the treats, etc... but little did I know he was having a bad day. 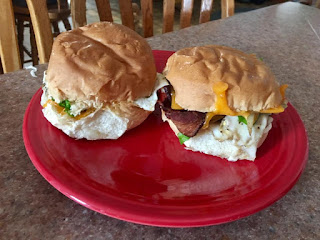 He was snarky with me. This is highly unusual behavior. I acted like it didn't bother me. I loaded our little two in the minivan and I headed off. Unfortunately I didn't feel jovial enough for Target so I instead stopped at Starbucks since I still hadn't had breakfast or my morning fix of caffeine. Even my cheery Barista, birthday cake pops for the kids, and drink for myself couldn't get me out of the funk I had fallen into. We came right home to clean. Doesn't that sound like just as much fun as a trip to Target or Green Bay Beez?

I texted my husband that if he had wanted me to feed calves all he would have had to do was ask instead of making me feel small. That's when he finally let me in on what was going on in his world.

He had sick cows who needed medicine, he had already had 8 calves born so far this morning and 1 was born dead, and another heifer was about to give birth. The silo unloader wasn't working, and both people he had lined up for evening milking had calling in. He had been trying to find someone to work so he could go with me to the concert, but nothing was going right and he was literally HOURS behind on everything with no conceivable way of catching up.

I was bummed because someone was snarky with me and here he had all this stuff going on and not only did he explain what was happening, but he apologized for being snarky with me. Insert wife guilt right here. That's when it also hit me that not only was I not going to Target, but the concert and dinner would also be a no-go...and I'd be lucky to see my valentine much less actually get a romantic evening with him.

I text my girlfriend and told her no babysitter was needed. We would be spending the night in the barn to help make my husband's life a bit easier. 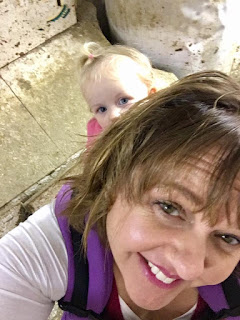 At this point, I'm not even upset about the wasted tickets, the missed concert, or the confrontational 9 year old, I just feel like such a failure as a wife. I pride myself on being patient and understanding but yet when it came to the man who means the world to me, I didn't even try seeing things from his viewpoint.

Good thing Valentine's Day isn't until Tuesday. At least I get a second chance...I think I'll make him some cinnamon rolls, volunteer to help with chores, and maybe a little something else (wink wink)...because so far, I've failed at Valentine's Day so far this year.

I hope he at least enjoyed the sandwich and chocolates?

May your paths be abundantly filled with humbling moments, lemons, sugar, and sunshine so you may make the most delicious lemonade!