Review of Jason Schenker's "Jobs for Robots: Between Robocayplse and Robotopia" 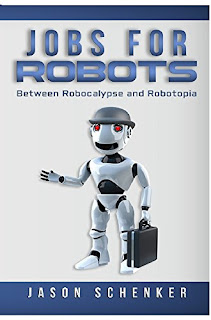 Jobs for Robots: Between Robocalypse and Robotopia

Robots are everywhere right now, but what will they mean for us? Automation, robotics, and future technology present tremendous opportunities -- but also significant threats.The way forward is fraught with challenges, and we must bridge critical gaps between the present and the future to fully reap the benefits of tomorrow. Jobs for Robots puts this debate in a historical context and presents readers with actionable steps to robot-proof their professional lives. The book also includes a compelling discussion about the future of work, roboadvising, FinTech, and universal basic income.

Jobs for Robots is a thought provoking read. Whether you believe in a future with robotic co-workers or not, my take away is this: historically as humans we have caused ourselves unnecessary turmoil due to fear of what we don't understand. Reading a book like Jobs for Robots written by someone as knowledgeable on the subject as Jason Schenker can only be good for us. There is no harm in learning the views of others and considering possibilities and outcomes we may not have otherwise come up with on our own.

The tone of the book is that of "don't be afraid" which is helpful for those who may not necessarily agree wholeheartedly. A fast read whether you are techy or not. Worth keeping on your bookshelf to re-read twenty years from now. 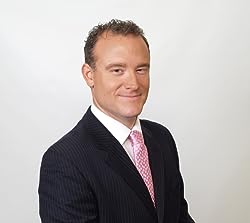 Mr. Schenker is consistently ranked one of the most accurate forecasters in the world by Bloomberg News. Since 2011, he has been ranked the #1 forecaster in the world for his forecast accuracy in 23 categories, including for his forecasts of the Euro, the British Pound, the Swiss Franc, the Russian Ruble, the Brazilian Real, crude oil prices, natural gas prices, gold prices, industrial metals prices, agricultural commodity prices, and non-farm payrolls.

Mr. Schenker has written four #1 Best Sellers: Commodity Prices 101 (2012), Recession-Proof (2016), Electing Recession (2016), and Jobs for Robots (2017). Mr. Schenker is also a Columnist for Bloomberg View and Bloomberg Prophets. Mr. Schenker has appeared as a guest and guest host on Bloomberg Television, as well as a guest on CNBC. He is frequently quoted in the press, including The Wall Street Journal, The New York Times, and The Financial Times. Prior to founding Prestige Economics, Mr. Schenker worked for McKinsey as a Risk Specialist, where he was responsible for directing industrial, energy, and agricultural trading and risk initiatives on six continents. Before McKinsey, Mr. Schenker worked for Wachovia as the Chief Energy and Commodity Economist.

Posted by iamagemcrystal at 5:03 PM