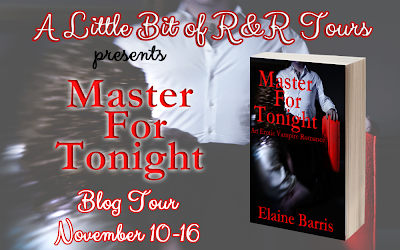 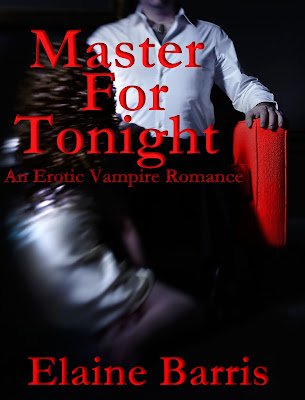 
***Due to graphic sexual content this book is intended for an audience 18 years or older***
While feeding in the slums of the city, he is interrupted by a woman. Mesmerized, he extracts his fangs from his meal and follows her home. Instantly obsessed, he watches her nightly. Nights turn to months. His desire for her becomes overwhelming. Though fearing the wrath of a vicious Maker who turned him against his will, Julian decides to give Kate the most erotic night of her life, and then walk away.
Kate Collins is an average woman in her late-30’s, plagued by panic attacks. Sent home by her boss at the shelter, she prepares to have a night of relaxation…until her doorbell rings.


Julian Montfort is the most beautiful and masculine man she has ever seen. He exudes ‘maleness’ from his entire body—that certain quality some men have in their DNA that makes a woman recognize her femininity…her ‘womanness.’ That part of her that is soft, malleable, and made to accept him. Drawn to him despite his unconventional arrival, Kate must answer his question: “Can you allow yourself this indulgence? It’s just one night.”

He let go of her hands and cut her off, placing a finger over her lips as he rubbed her arm.
“The only thing I want tonight is you. The only thing you need to know tonight is I’m going to fuck you...as I wish...for as long as I wish.” He rolled his head in a circle to stretch before looking directly back into her eyes, and added as an afterthought, “Hmm... Hurt you? Your arousal will likely hurt you excruciatingly until I allow your release.”


And as his sensual voice streaked through her, Kate’s mind shorted out like a tripped wire snapping, completely blank. Her whole body betrayed her yet again by flushing with unrestrainable heat.


“Stay as you are, Kate.” He pushed the bunched-up nightgown at her waist, down to the floor to pool at her feet. Shivering hard, she moved her hands to cover her nakedness, dropping her head to her chest, avoiding his steady gaze. Grabbing her hands, he moved them back to her sides. He lifted her chin high to face him and said, “I told you to stay as you were, Kate. You will do good to listen to me.”


His fingers pressed into her hair, curling a bit of it around her ear as he leaned in to the side of her head. His voice lowered seductively until it was a purr in her ear. “I know how to please a woman to the point her voice is hoarse from her screams of desire, her bed linens soaked, and her legs quivering for hours after I’m done.” His lips scantly apart from her ear, his voice dropping lower, he continued, “In the matter of choices, I know which sounds best to me. Do you, beautiful girl? I’ll prove I was worth the trouble of opening your door. Can you allow yourself this indulgence? It’s just one night.”

I live in North Texas with my husband, four dogs, two cats and a hamster. This is my first venture into writing, and I hope you enjoy the book as much I enjoyed writing it.