Thank you to Cathy Kwilinski for today's review of: ”A Killer’s Grace” and thank you WOW! Women on Writing for allowing us this opportunity to participate in the book blog tour with Ronald Chapman.

Journalist Kevin Pitcairn’s journey begins with an unexpected letter from Daniel Davidson, a serial killer facing execution. Pitcairn suddenly finds himself considering ideas about guilt and redemption that the people around him, even his beloved girlfriend Maria Elena, find abhorrent. Readers of A Killer’s Grace just might find themselves embarking on a similar journey as they make their way through this book. Ronald Chapman has created a stunning and remarkable tale that challenges how we think about grace.


Chapman keeps the story moving briskly. Pitcairn is a complex, sensitively drawn protagonist who is easy to love despite his flaws and weaknesses. He brings the reader along with him on an intense journey to meet the people who live in the ripples of Davidson’s crimes, from family members of victims to media personalities and members of the clergy. At the same time, the reader experiences Pitcairn’s inner struggle, especially as he grapples with guilt over his own history of violence.


I especially appreciate the central place in the story that Chapman gives to Alcoholics Anonymous, its members, and its guiding philosophies. Characters like Pitcairn’s sponsor Clint make his journey warm, realistic, and accessible. They seem to fit perfectly in this story and add to its richness.


For the most part, Chapman steers clear of heavy-handed treatment of the various people and groups who express their views throughout the book. However, I wish he gave a more thoughtful, nuanced voice to some of Pitcairn’s critics. Some, such as the fundamentalist Christian church members who attack Pitcairn’s ideas about universal innocence, come across as shrill and unthinking. There should be room for a healthy critique of the radical concept of innocence in the book, but few step forward to make that argument. Instead, the fact that there is evidence for a neurochemical basis for aggression is allowed to stand almost unchallenged as proof that people who act violently are innocent of evil.


Still, A Killer’s Grace is a rare treasure of a story. It reveals its surprises and insights with a flawless sense of timing that kept me turning page and page, always wanting more. It is a profoundly engaging and moving story with a powerful message about understanding, even when people’s actions are at their most horrific and perplexing.

Questions for the author:

1. I found myself waiting for a reaction to Pitcairn’s public confession of his secret crime. What was your intention in leaving that part of his story unfinished?

2. How have the ideas in A Killer’s Grace been received by the public? How has your experience compared to the fictional reactions to Kevin Pitcairn’s writings on innocence? 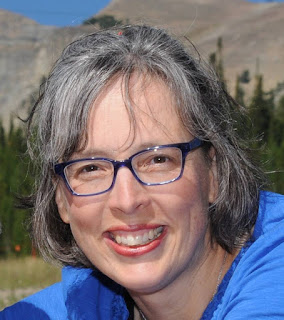 Bio: Cathy Kwilinski lives in Wisconsin with her husband and son. She
works as a software tester and enjoys reading, writing, and spending time with the teens of her church's youth group. 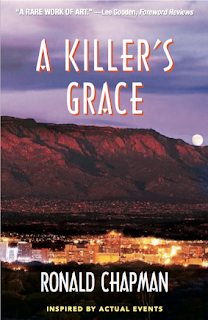 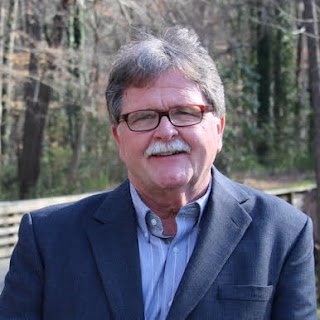