A Mother's Day Treat - From Our Family to Yours! 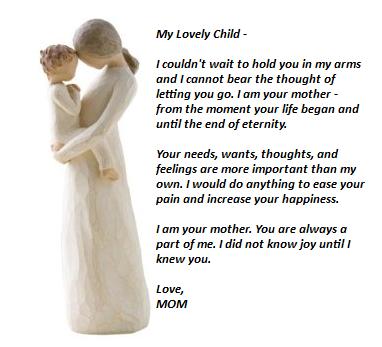 Mother's Day began as a way for families affected by the Civil War to gather and share ideas about promoting peace - the idea was began around 1870 in Boston, Massachusetts and eighteen cities in American participated in the day for peace in 1873. Over time, people lost interest. In 1907 the idea came up again by Anna Jarvis of West Virginia to celebrate her mother's life (and death in 1905). The larger event Jarvis organized took place in 1908 at Andrew's Methodist Episcopal Church in Grafton, West Virginia which is why there is now an International Mother's Day Shrine located there today. The idea began catching on and in 1914 was declared a national holiday by then President Woodrow Wilson.

Some of us think of mother's day as a 'Hallmark Holiday', but it's origins began as a way to share, and as a movement toward Peace. What will you do this mother's day? Please share your thoughts and ideas below, or use the comments of this post as a way to show tribute to your mother. A post will be chosen at random and you will be asked to provide the name and address of a special lady and she will receive a special mother's day card and gift from our family to yours. The winner will be chosen at noon on Wednesday, May 9th 2012.


May your paths be abundantly filled with lemons, sugar, sunshine, and peace!


Posted by iamagemcrystal at 8:06 PM